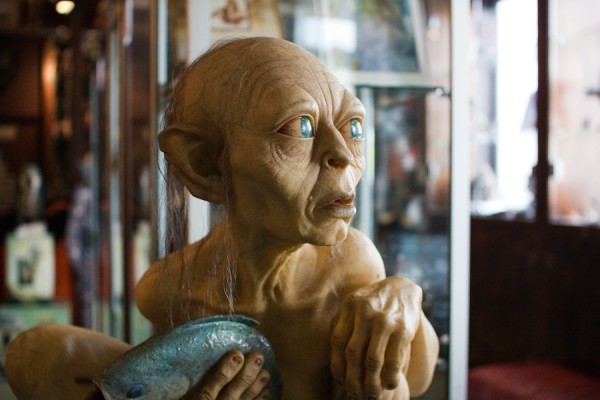 The morning after the glowworm cave adventures, after eating another fabulous breakfast made by our wonderful hosts at Somersal Bed and Breakfast, we headed south to Tongariro National Park. We had been planning on hiking the “Alpine Crossing”, which has been dubbed the “best day hike in New Zealand”.  We were super excited.  However, the weather had other plans.  It poured down rain on the drive there, and when we arrived, the rangers stated that they were not advising hikers to go up into the pass due to 120 km per hour winds, very limited visibility and driving rain.  Frustrated, we asked about some short day hikes, then went over to an Internet cafe to assess our options.  We had planned on staying two nights in the park, then to head down to Wellington for a day and take the ferry to the South Island.  Since we were no longer going to stay in the park, we decided to head to Wellington a day early, spend the night and following day there, then take the ferry.  While this doesn’t seem that complicated, it did involve changing our ferry reservation, rental car drop-off and pick-up, and two hotel reservations.

We did manage to do two short day hikes before we left the park.  First, we hiked down to this surging waterfall, which was only made more powerful by the influx of rain.  Afterwords, we did the “Mounds Walk”, where these mounds come out of the volcanic plane due to some sort of long ago volcanic activity.  While these hikes were interesting, the could not really make up for the fact that we didn’t get to do what we set out to do in this park, so we ate our sandwiches and got back in the car. 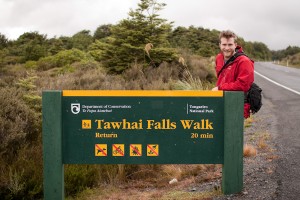 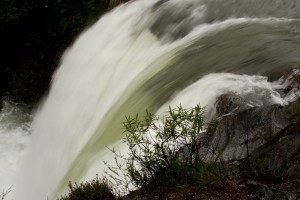 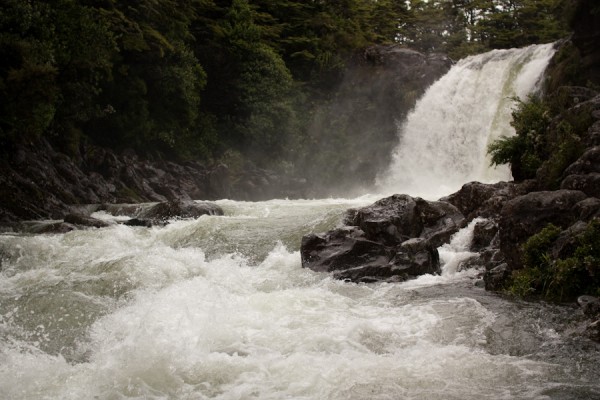 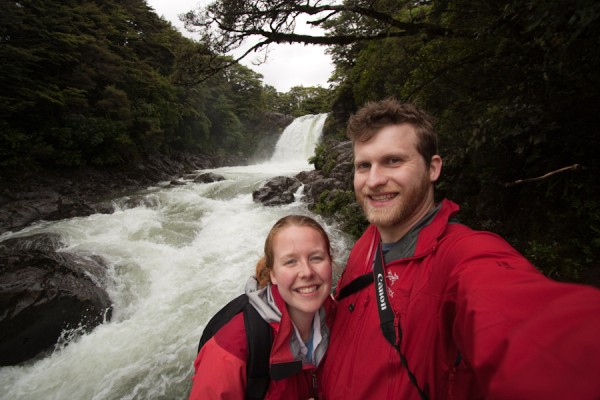 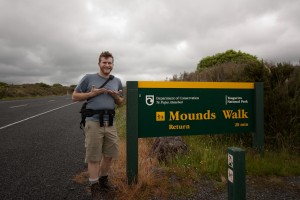 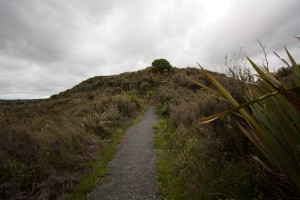 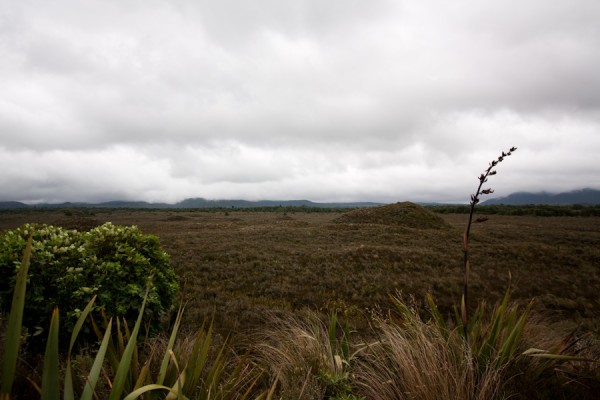 We arrived in Wellington several hours later with enough time to check into our hotel and head to the closest brewpub.  We were exhausted, and a little frustrated, but there was a cool lunar eclipse, which did help, as did the killer view from our hotel room! 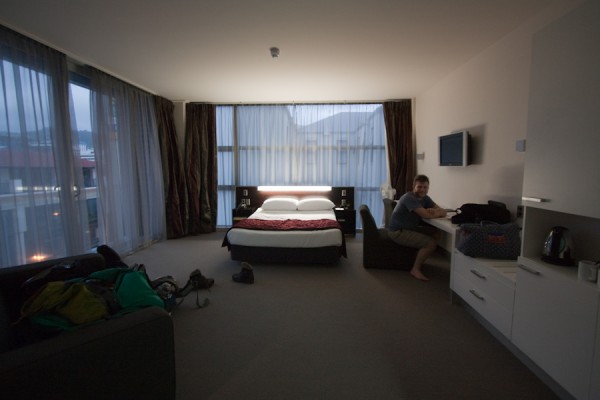 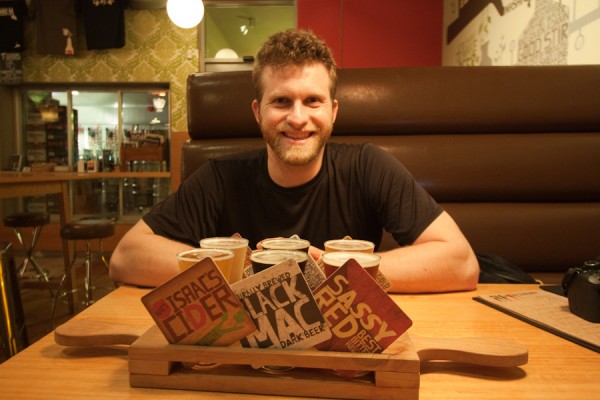 The next morning, we visited the Te Papa Museum, which is the national museum of New Zealand.  There is a very extensive collection of Maori (the native NZ people) artifacts and architectural pieces.  The Maori did a lot of work with the jade that is found in the rivers on the west side of the South Island, creating weapons, tools and ornamental jewelry.  There is a wonderful collection of these types of pieces as well.  There were also more modern exhibits on more recent NZ history as well as a very extensive natural history section, complete with a creepy giant squid.  It was a very cool museum, one of the best I’ve been to in quite some time. 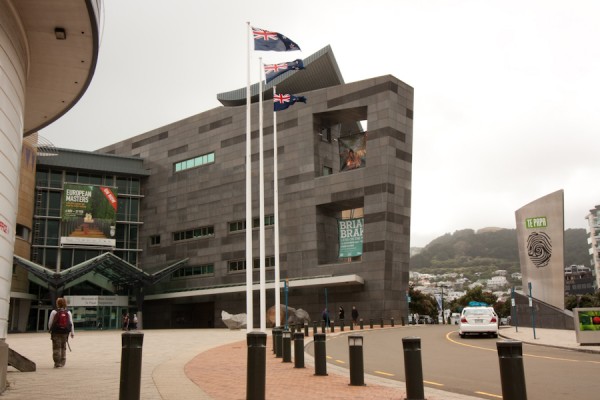 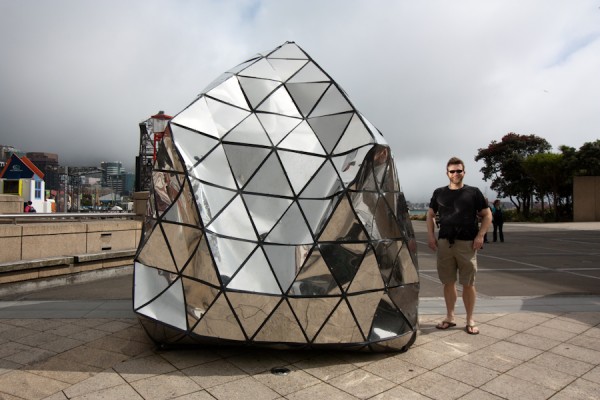 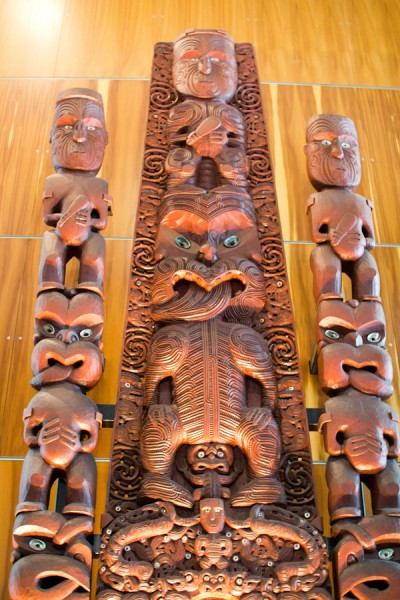 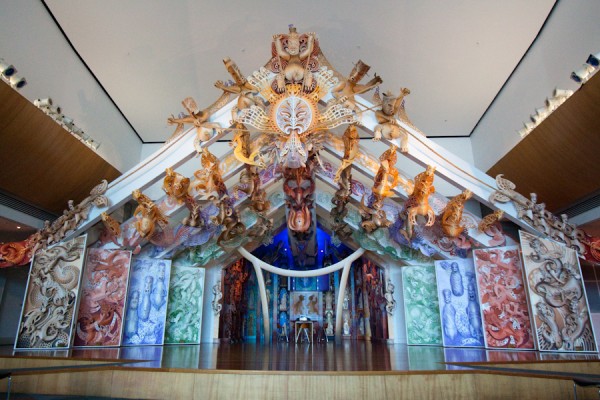 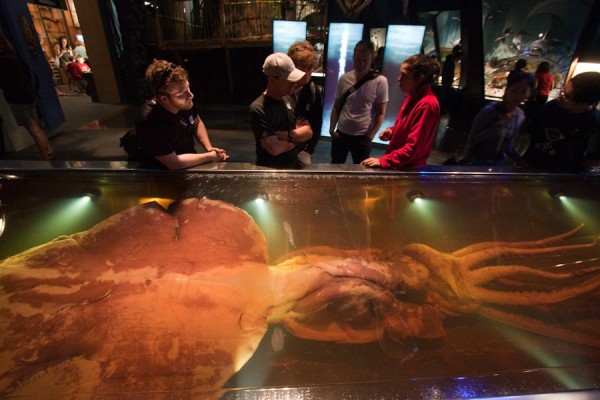 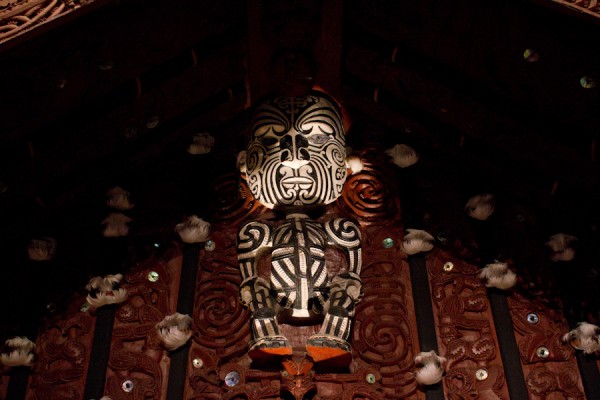 Later that afternoon, we caught a bus over to the Weta Cave, which is in a suburb outside of Wellington.  For those of you non-nerds out there, Weta Workshop is a special effects and props company.  Most famously, they did the effects for the Lord of the Rings movies.  They have also done work on Avatar, District 9 and several other high profile movies.  They can’t offer tours of their workshops due to the fact that they are working on movies that have yet to be released, but they do have a visitor’s center of sorts.  There is an interesting video about the history of the company and some information about the different design areas that they work in as well as different movies they have produced effects and props for.  There are also many different replicas of orcs and swords for Lord of the Rings,  and a mini-museum of different minatures that have been created of different characters from various films.  Tom was excited when he got to hold one of the alien blasting guns from District 9 and pointed it around.  It was a wondefully nerdy experience. 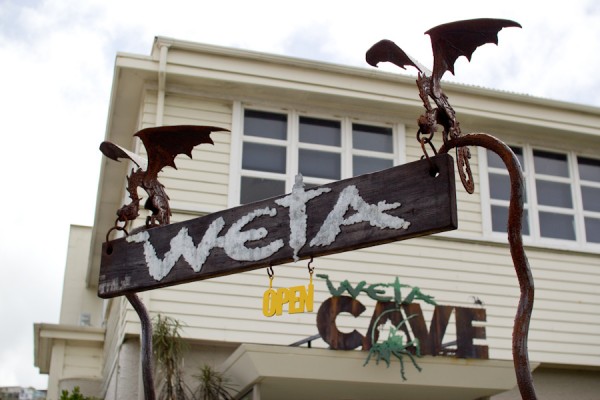 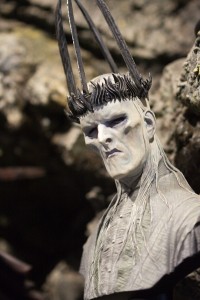 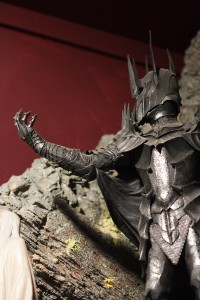 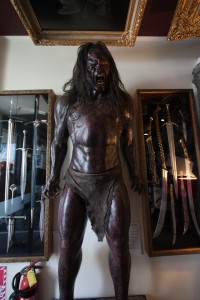 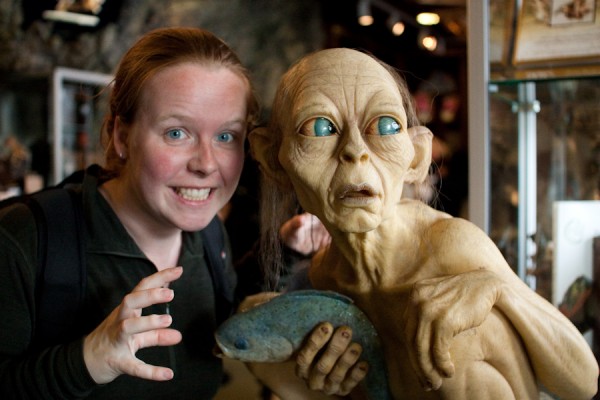 After leaving Weta, we gathered our luggage from our hotel and headed to the ferry terminal.  The Interislander Ferry looks like a small cruise ship.  It is far larger than any of the Washington State Ferries, and quite nice.  There were several passenger levels, a cafeteria and cafe as well as a movie theatre.  The ferry ride is three hours long, and moves through the Cook Straight , which is very choppy.  Let’s just say I am capable of being sea sick on a completely calm day on the Puget Sound, so I didn’t handle the rough Cook Straight all that well.  Luckily I had purchased seasickness medicine, which helped a lot.  Eventually we cruised our way into the Marlborough Sound and the waters calmed a good deal, enough so that I was able to go out on deck and take some pictures of the beautiful islands and pennisulas of the South Island in the setting sun.  We finally ended up in Picton that night, and were ready to begin our adventures in Abel Tasman National Park the next day. 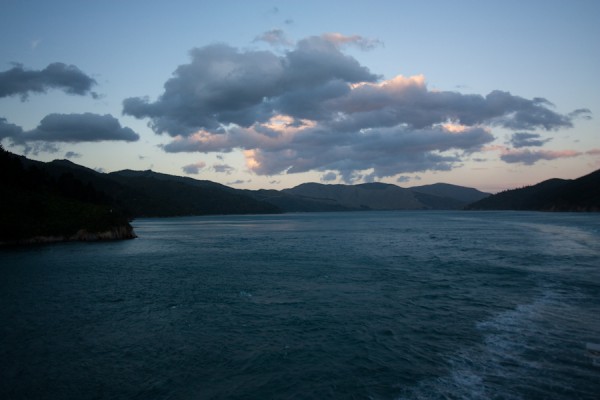 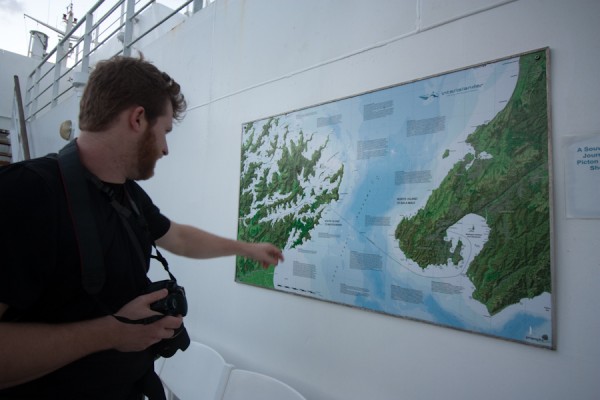 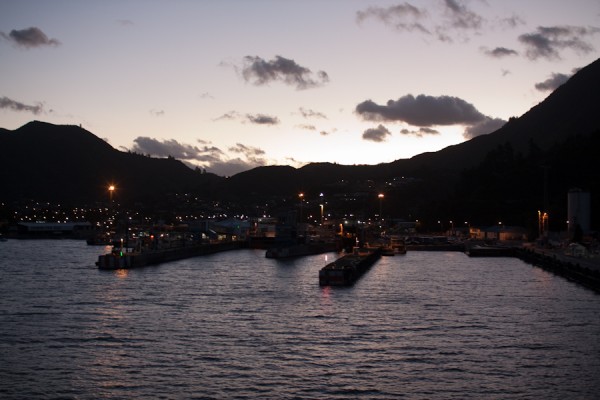 Up Next:  Backpacking on the Abel Tasman coast.