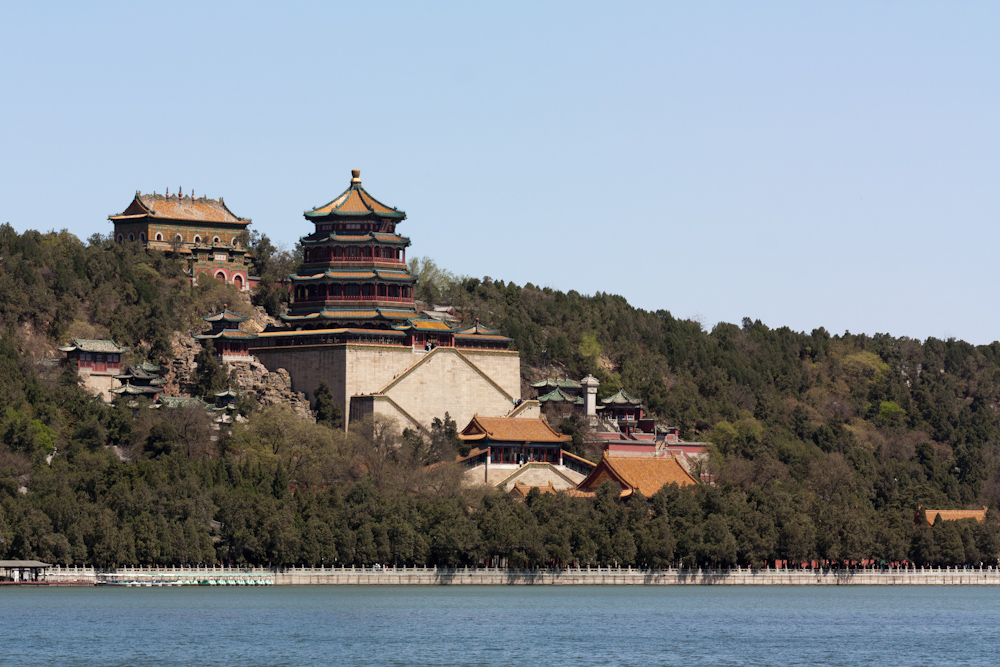 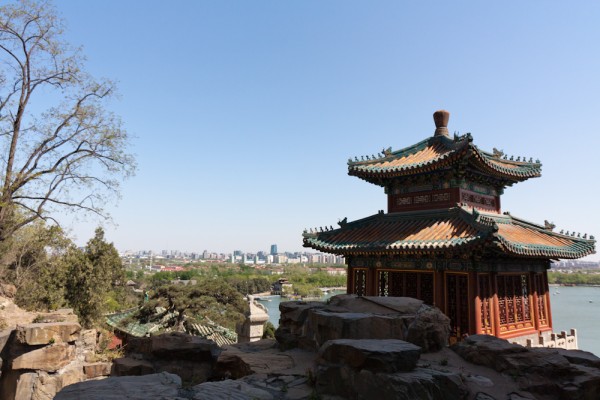 Ok, so I know this has kinda turned into a travel blog, but you really don’t want to hear me moaning and complaining about our terrible weather, crappy hiking and not so great cooking these days.  See, I’m saving you from utter boredome really, by telling you, slowly, about our travel adventures.  I really do it all for you.  Right.

So we went to China!  Our friend Cory moved over to China like a billion years ago, (more like 5ish), and has been telling us forever that we need to come visit.  Now, Tom has always wanted to visit Asia, but I have to admit, I wasn’t that excited.  I mean, I wanted to see Cory, I kinda wanted to have had the experience, but I was convinced I was going to get sick, not want to eat the food and be totally overwhelmed by the language and spend most of the time wanting to come home.  There, I said it.  So when Tom and I started talking about where to go for my Spring Break this year, I was thinking Hawaii.  He was thinking China.  Hmm.  I was convinced it would be way too expensive, but I agreed, (after some coaxing), that we could check it out.  The flights were very reasonably priced, so even though I was very wary, we booked our tickets.  We were going to China.  Woah.  Now before you think that our last name has suddenly changed to Rockefeller, and we’re just going to spend all of our time jet-setting to exotic places like New Zealand and China, think again.  We were very lucky to have friends to stay with, and to have found super cheap tickets, otherwise this wouldn’t have been possible. 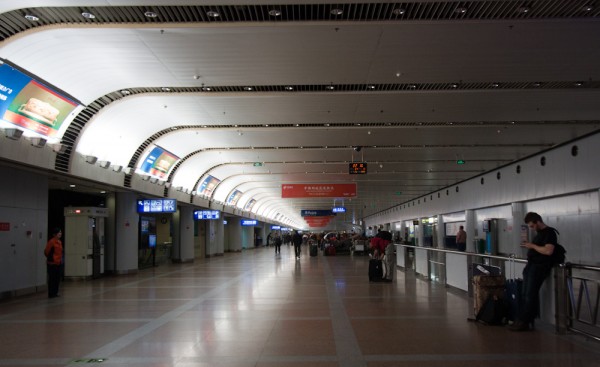 The flight was horrendously long, but not quite as horrendously long as the trip to New Zealand, so that was a win.  We flew Delta, and had these cool little TV screens that we could watch movies on, which made the flight much more enjoyable.  The time difference is wonky, since Beijing is on the other side of the international date line.  The difference from Seattle, as far as I could make it out, was 9 hours behind, but on the next day.  Does that make sense?  Good, me neither.  I just knew that it was weird, but we took melatonin and all was well.  Cory and his wonderful wife Haiyan picked us up from the airport and we all took a taxi back to their apartment.  Bless them, for they speak Chinese, and we would not have gotten through this trip without them.  We were starving after getting off the plane, so they took us to their neighborhood 24hour dim sum place, which happens to be 4 stories tall and covered in neon.  Now, remember the food fear I was experiencing?  Like, convinced I would starve fear?  Well, it all went away after the first bites of dim sum.  These are little dumplings of heaven and I miss them so!  We fell in love with this place and went back several times over our week stay. 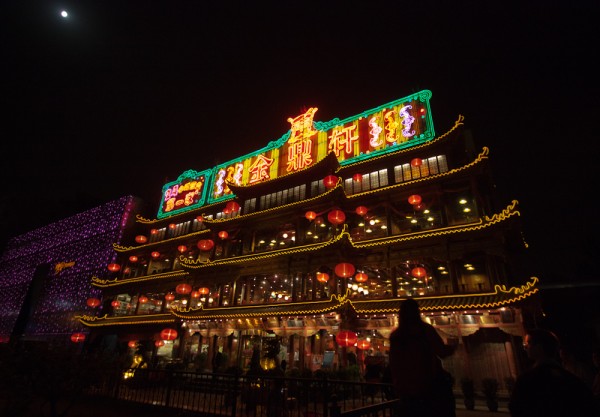 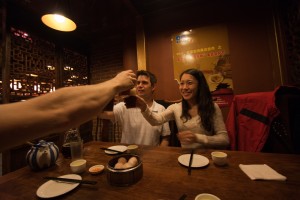 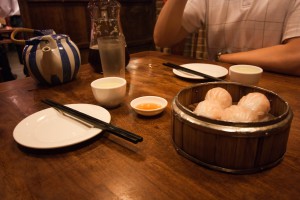 Our first full day in Beijing was spent biking around the hutong alleyways that are near Cory and Haiyan’s apartment.  Most of Beijing used to be made up of these maze like corridors which are quite the rabbit warren, but many have been destroyed by the never ending construction machine that is Beijing.  Now, I enjoy the occasionally bike ride, but I’m not the world’s most confident biker.  I get scared, convinced I’m going to get hit by cars or fall over.  So when Cory announced that we would be biking on ROADS, with CARS (and all manner of other multi-wheeled vehicles), without HELMETS, I was a bit…um…terrified.  They put me on one of their small foldable bikes, (yes, that is a thing), and I just smiled and hoped for the best.  We rode for miles through the city, passing street vendors, yogurt shops, lakes, restaurants, temples and homes.  We visited the Drum Tower and ate at one of Cory and Haiyan’s favorite fish shops, which to this day is one of the best meals I have ever eaten.  Catfish in broth, fried mushrooms, green beans with chillis, oh my!  How was I ever worried about the food!  Amazing!  Eventually we were driven back inside by a sandstorm, and we headed home. 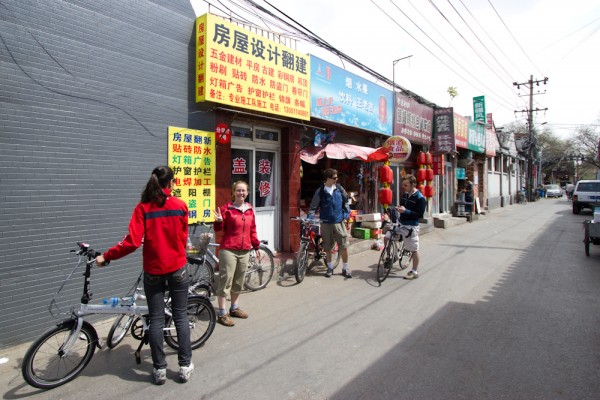 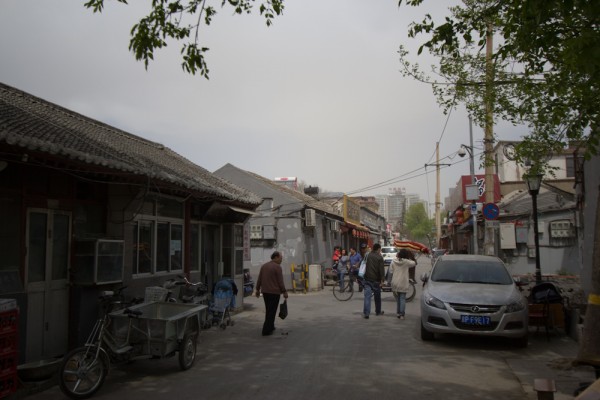 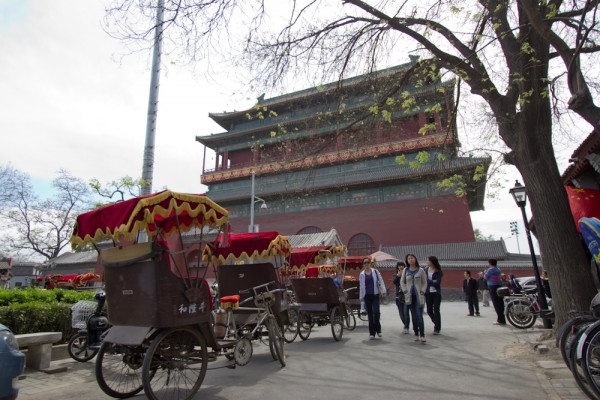 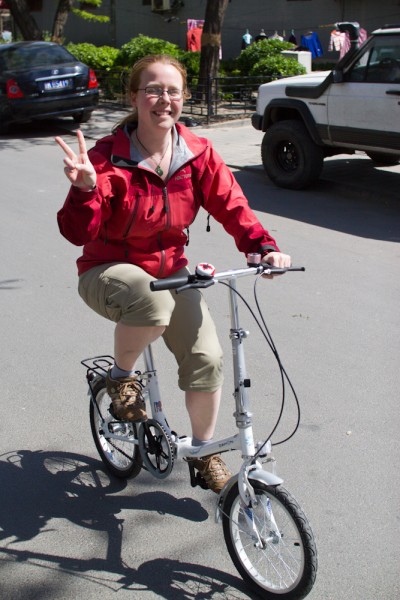 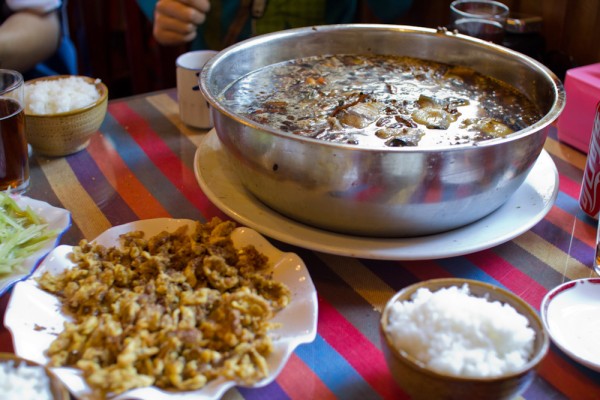 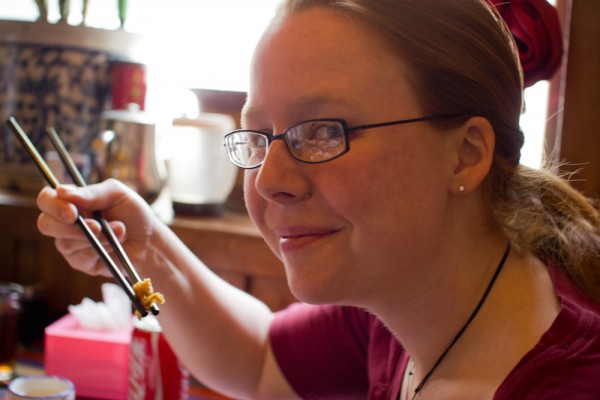 That night, we ate dinner out to celebrate Haiyan’s birthday.  We went to a restaurant called 99 yurts, which serves Mongolian style food.  There were about 15 of us around the table with two nested lazy susans to take care of the bounty of food they kept bringing.  The highlight of the meal, though, was when they brought in the main course.  Cory had ordered lamb for dinner, and by that I mean a WHOLE lamb.  Like with the feet.  It had been roasted and carved, and we were given one plastic glove and  a pair of chopsticks.  I wasn’t quite sure what the cultural etiquette was, but people just seemed to be digging in.  I have to say, this lamb was terrific. What an incredible cultural and culinary experience!  We went home that night incredibly exhausted and completely full. 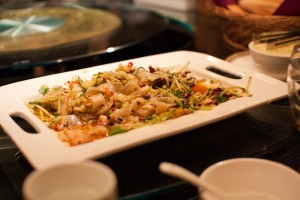 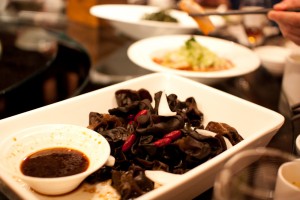 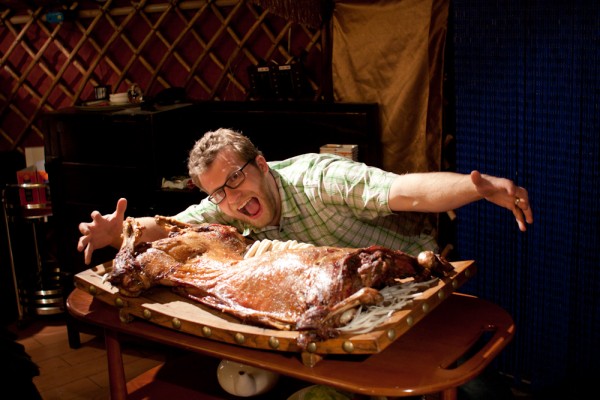 We spent most of the next day sightseeing at the Summer Palace.  This was where the former emperors would go in the summer to cool off.  There is a large man made lake there, and several ornate temples and palaces on the grounds.  It was our clearest day in Beijing and the day with the best air quality, so it was a real treat.  We walked around the entire lake, a good few miles, before climbing the hundred or so steps to the tallest temple.  The cherry blossoms were blooming, and the sky was blue.  It was a beautiful sight.  One of the most interesting things that happened that day, was that Tom and I had our first experience with being a tourist attraction ourselves.  There is a lot of internal tourism in China, where people come from all over the country to see the sights in Beijing.  Some of them have never met a Western person before, and we were somewhat of a novelty.  People would pull Tom or I to the side, put their arms around us and point at a camera.  I have no idea how many strangers’ travel photos I am in.  It was kind of strange. 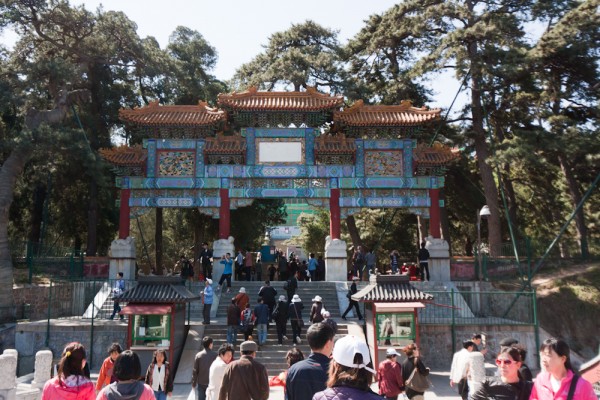 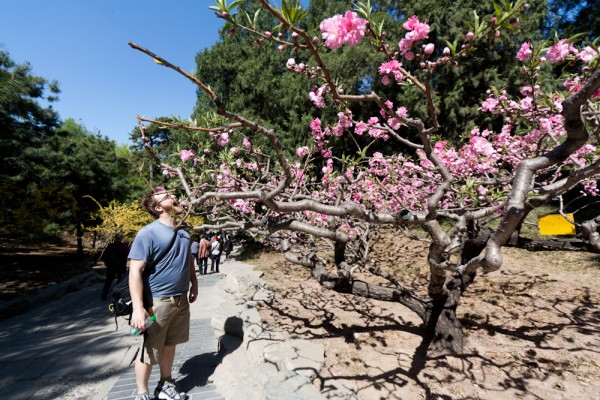 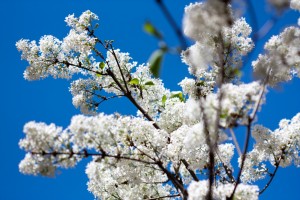 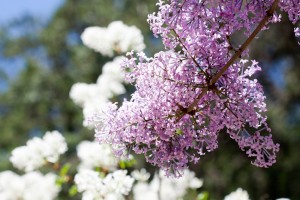 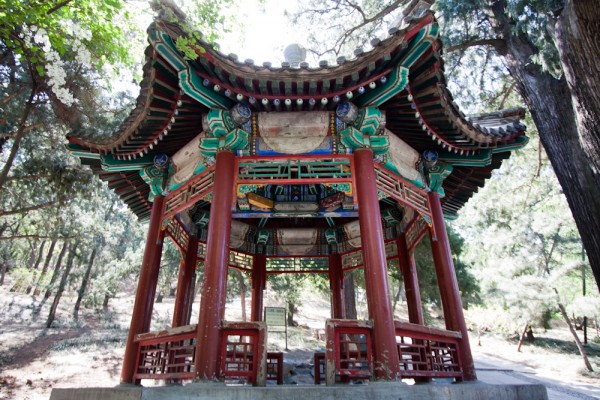 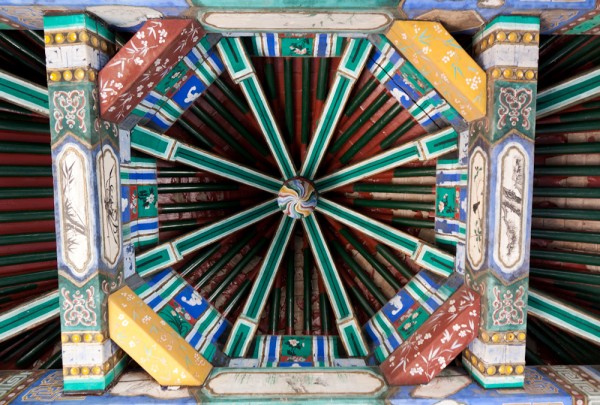 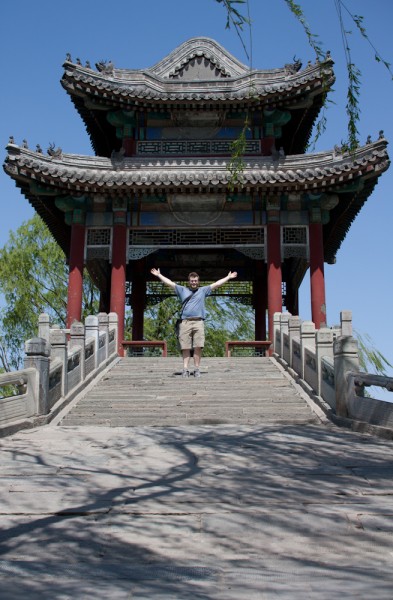 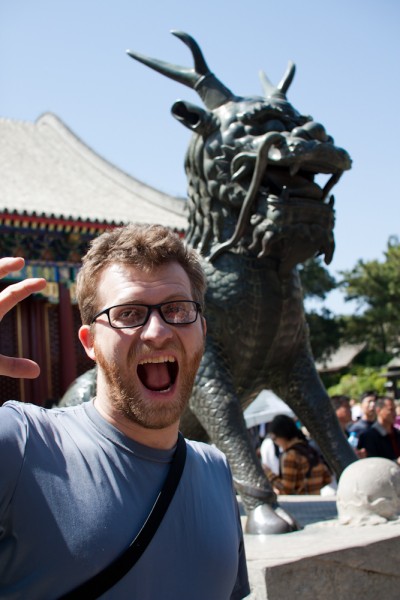 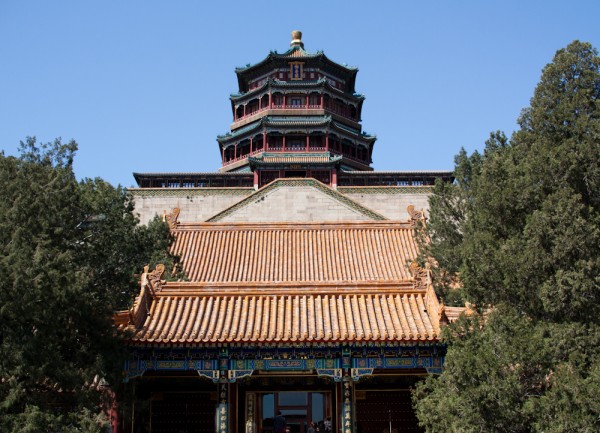 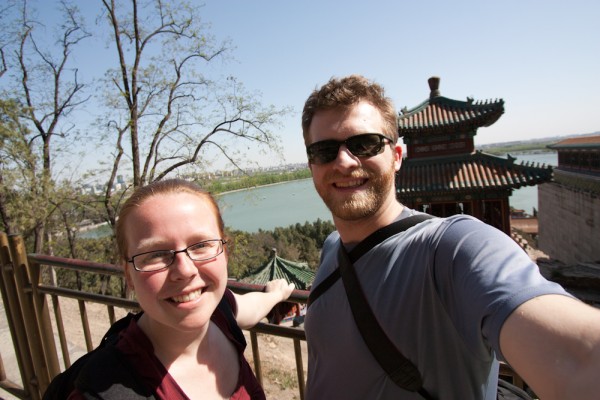 Later that evening, we took our first trip to the Lisa Tailor shop, where we were going to have some clothes made for us.  Tom ordered a suit, 4 shirts and a wool coat and I had a bathrobe and wool coat made.  It was really cool to pick out designs and fabrics, and know that the clothes would be made just for us!  What a fun experience. 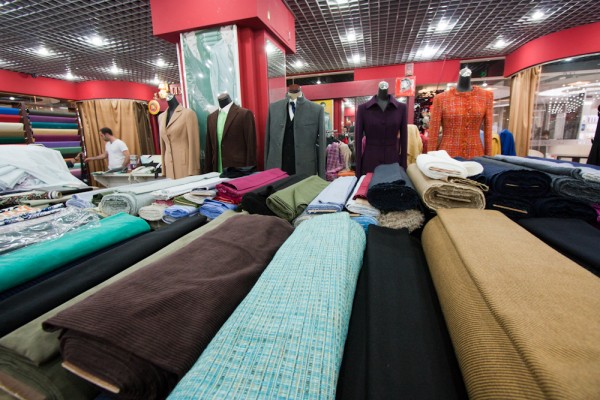 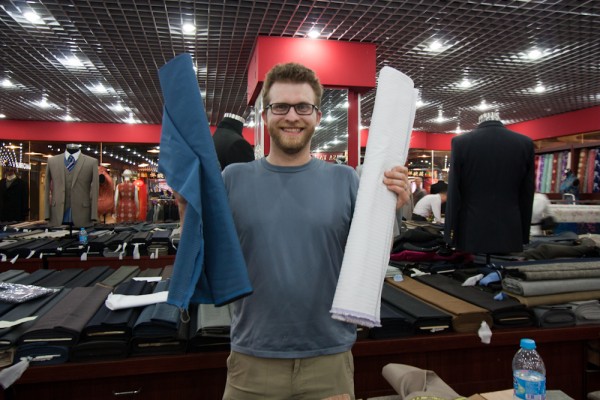 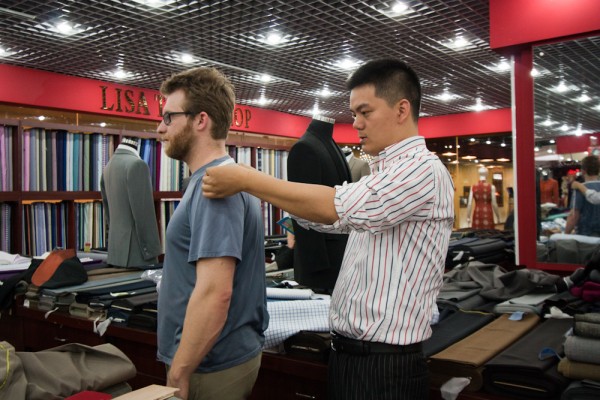 Up next:  Temple of Heaven, Forbidden City and the Great Wall of China!