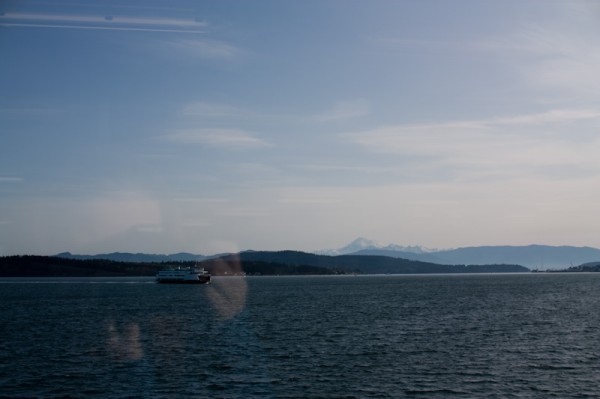 Two weekends ago, Tom and I went with Brendan, Ellie and Sierra up to Orcas Island, which is located in the San Juan Islands, northwest of Seattle.  You have to take the ferry to get there, and while the jury is still out as to whether my stomach likes the ferry or not, I do always enjoy looking at the mountains and the beautiful Puget Sound on the trip to the islands.  Spring camping has become somewhat of a tradition with this group.  Coincidentally, the first camping trip of spring is also usually associated with something important in the lives of the four of us.  For example, last year’s spring camping trip was when Brendan and Ellie told us they were pregnant with Sierra.  This year, it was Sierra’s first ever camping trip, something to be celebrated indeed. 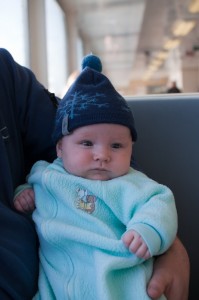 After we arrived and set up camp, we decided to hike up Mount Constitution, which is the high point of the island, and I believe the high point of all of the San Juans.  The hike starts out very flat, and arcs around a lovely lake.  We cruised this part, stopping only to take pictures.  Once you leave the lake, however, the trail gets serious.  Quickly.  It climbs over a thousand feet in about a mile and a half, and quickly had us slowing down and breathing hard.  Tom is training for a mountaineering class, so he was carrying about 30 lbs of all of our water and stuff, and was working the hardest. 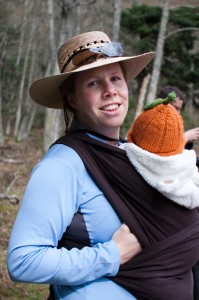 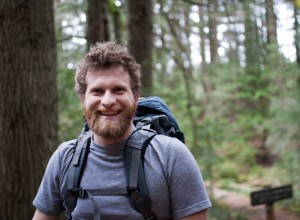 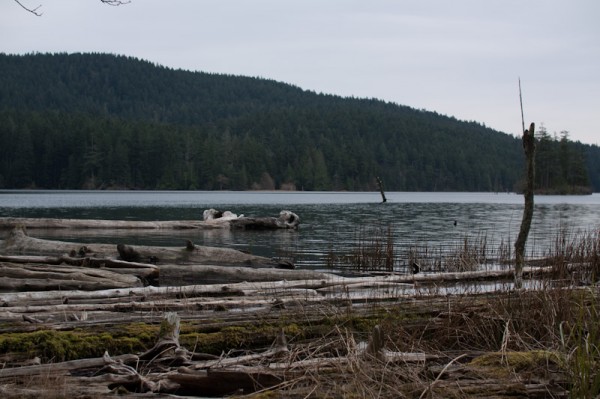 About three quarters of the way up the mountain, Sierra needed to eat, so Ellie took a break to nurse.  Since Tom’s training, he wanted to keep his pace and momentum, so we told him to go on ahead.  Remember how I mentioned that he had all the stuff?  Right. So about ten minutes after he leaves, Sierra decided that then would be a good time to have a total diaper blowout.  Not good.  So we sent Brendan scurrying off after Tom, and Ellie did her best to carry Sierra in a way that wouldn’t make her messier than she already was.  So now Ellie and I are alone with the baby, with no rain gear, diapers, blankets or anything and the wind starts to pick up.  And it’s about to rain.  This is not a good situation to be in, and we should have known better.  Luckily, before our situation could turn from bad to worse, we heard Tom and Brendan coming down the trail.  After a quick on-the-trail change of the diaper, we were off again. 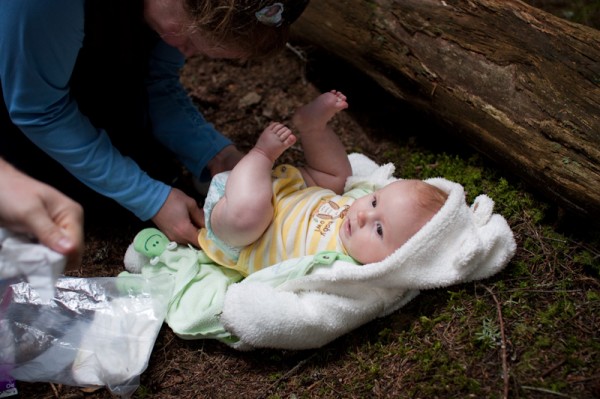 We finally made it to the top, where there is a castle-esque look out tower that was built by the CCC .  From the top of the mountain, the view overlooks the sound, Mount Baker to the east, Vancouver, Vancouver Island and the mountains of Canada to the north, and Anacortas and the Cascades to the south.  Beautiful. 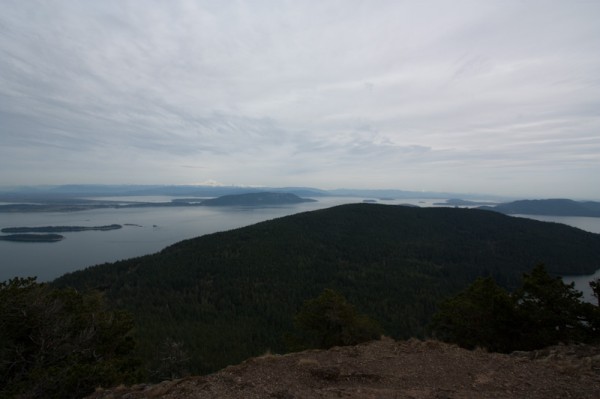 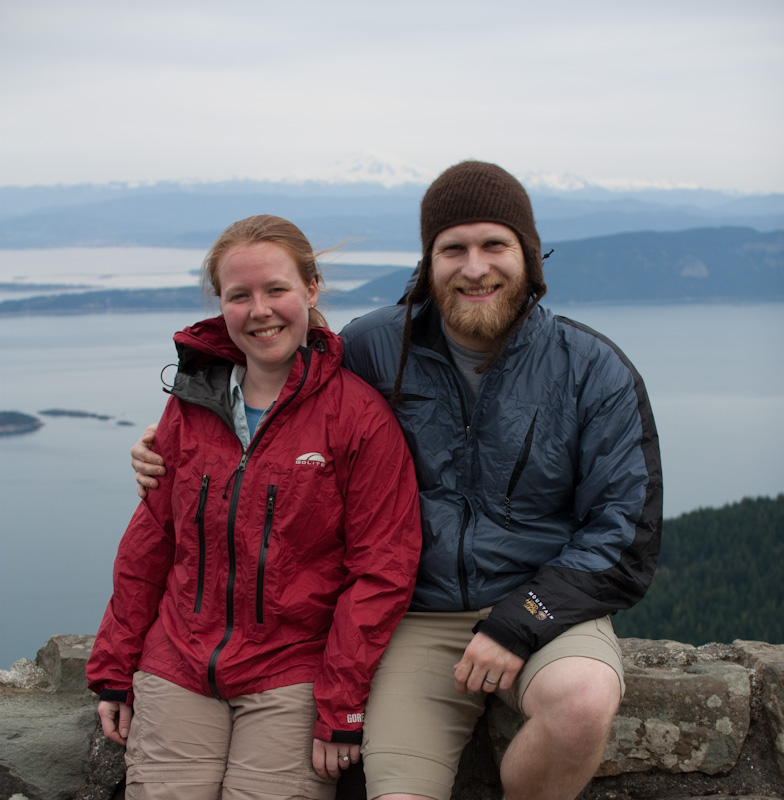 Back at camp, the evening was uneventful, and quiet, even though the stove broke and Tom and Brendan had to improvise by cooking over a fire.  Sierra slept well, snug as a bug, though I think Ellie was a bit cold.  All in all, a successful weekend adventure in a beautiful place.