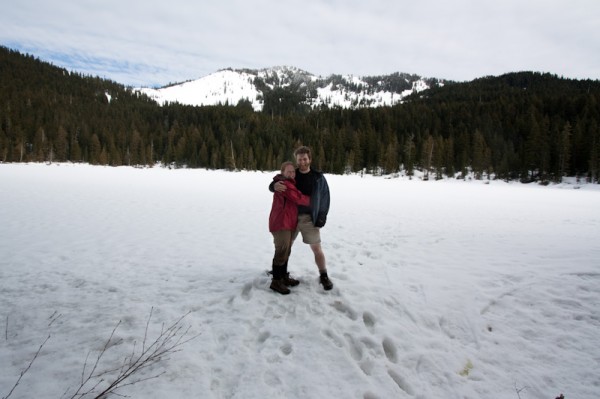 Last weekend, it was sunny and blue skies again!  Seriously, I could get used to this.  I’m not quite ready for the rain and the cold to come back, since I’ve been spoiled so much by all of this incredible weather!  Anyways, to take advantage of the sunshine, Tom and I headed up to Talapus and Olallie Lakes.  We weren’t sure where the snow line would be, or what the snow conditions would be when we got there, so we packed the snowshoes just in case.  We didn’t end up needing them, but a pair of YakTraks or some other type of small traction device would have been nice, as the later parts of the trail were covered in slippery, compact ice.
We started out with no snow, and the warm temperatures soon had us shedding layers like crazy.  I think that by the time we got to the snowline, I was down to shorts and a tank top it was so warm.  Eventually we did find the snow, right before getting to Tallapus lake.  Just for perspective, the last time we were in this area, we barely made it to the first lake, as the original trail was totally snowcovered and impossible to find, so we just went straight up.  This time, there was a nice, well graded trail to follow, past a lovely stream, all the way up to the lake. 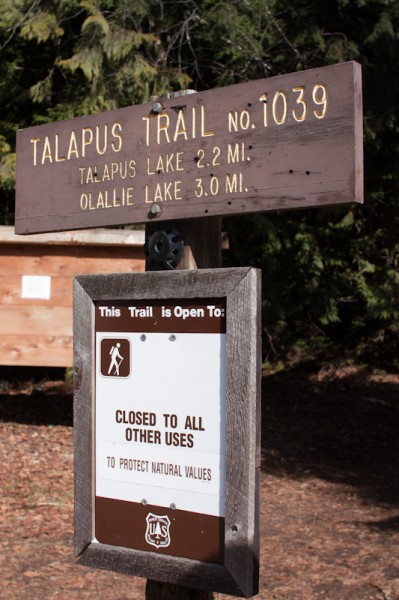 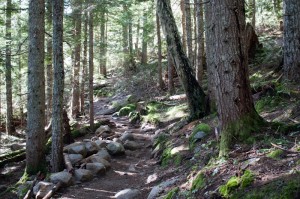 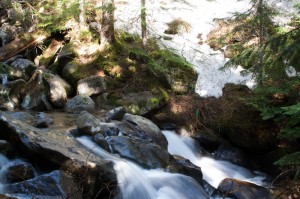 There were some sketchy “bridges” on the trip.  One slip would have gotten you quite wet. 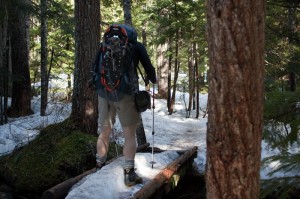 We skipped past Talapus and headed up to Olallie.  Here the snow and ice got worse, and we started to slow down, as we were slipping more and more. It still wasn’t quite right for the snowshoes as they would have been more cumbersome than helpful I think.  Eventually we made it to Olallie for lunch.  The sun was out over the frozen lake, and Granite Mountain was there in all of it’s glory, (and it’s got quite a bit of glory in my opinion).  We took some photos, and headed back down.  Carefully. 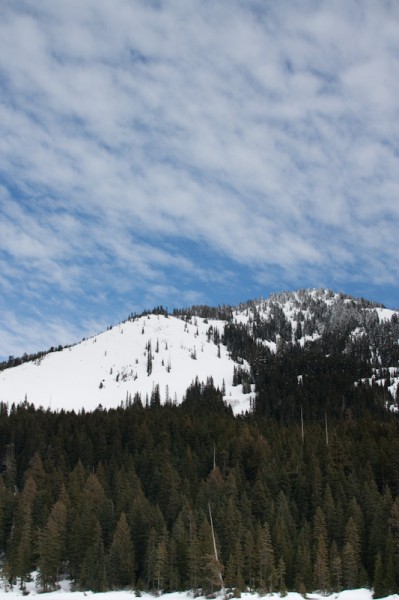 We stopped at Talapus Lake on the way back down as well as it had some beautiful light, and we wanted a break to eat Girl Scout cookies.  Yum. 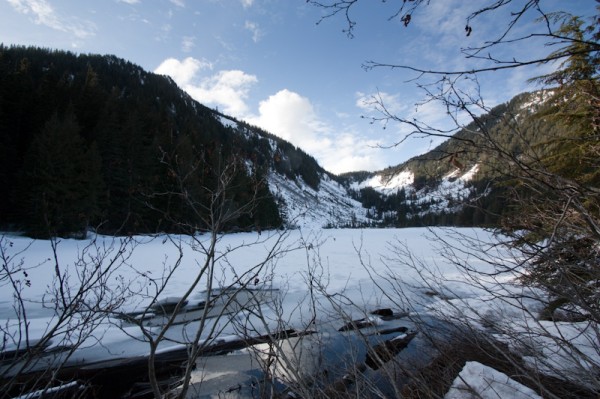