New Zealand – Round Boulders and Penguins! 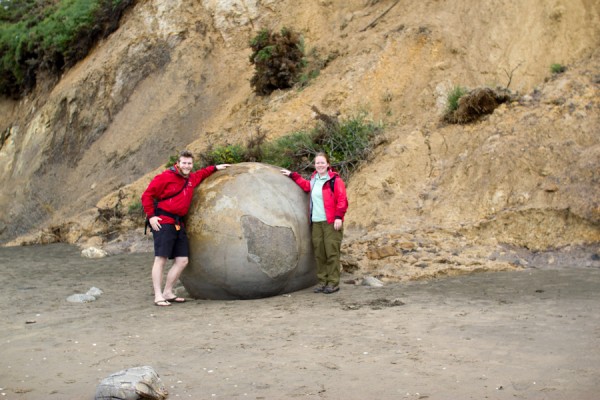 Hi there.  Yes, I know I’ve been gone for QUITE SOME TIME.  Things in my life have been in a bit of an upheaval, to say the least, so posting has been non-existent.  Things have happened.  We’ve been living life, and even went to CHINA (!) which I will be blogging about soon.  I promise.  However, for now, you get some more New Zealand coverage.  As if you’re not sick of that already.  Oh well, it’s my blog, I do what I want.

After a grueling few days in the relentless rain, we rounded the bottom of the south island, and arrived on the east coast in the town of Omaru. Just before arriving, we stopped to see the Moraki Boulders.  These are sperical boulders that have parted ways with the sandy cliffs behind them, facing the sea.  These monster boulders have landed on the sand, and have become quite the tourist attraction, probably because they are so weird and out of place.  These boulders are massive, may of them bigger than me, and we had a fun time photographing and playing on them.  Unfortunately, we had a lot of unruly company at the boulders that day, but oh well.  You can’t pick who comes to your tourist attractions. 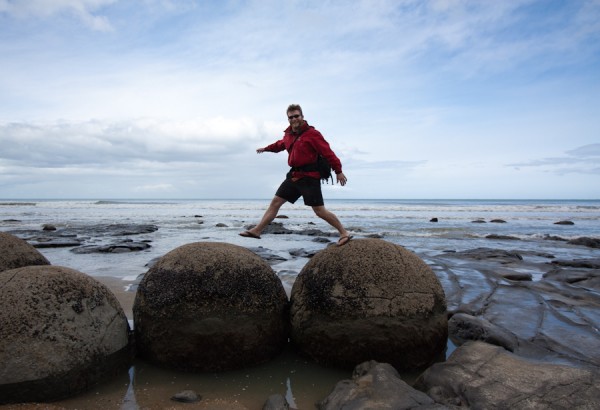 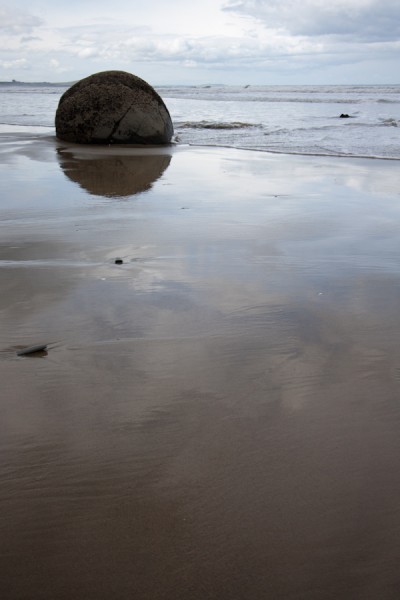 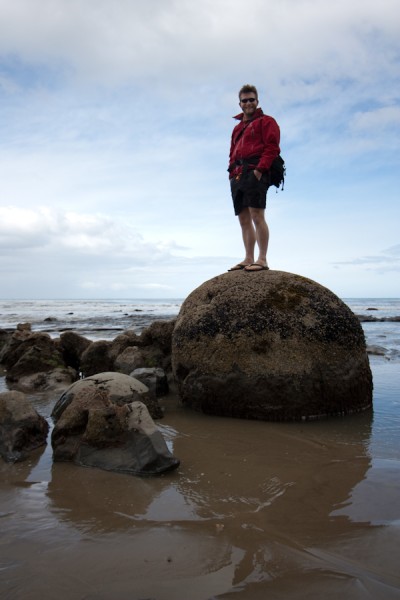 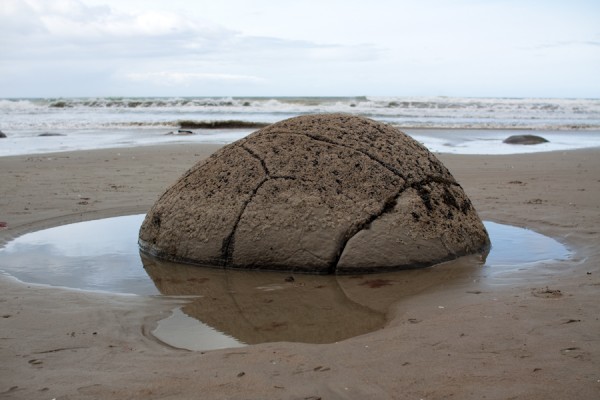 After leaving the boulders behind, we headed to the town of Omaru, home of the Blue Penguin Colony.  New Zealand had three species of native penguins, and we saw two of them on this trip.  We started off going to the Blue Penguin Colony, which is an organization designed to create a protected habitat for the tiny blue penguins, and a place for scientists to study these funny little birds.   During the day, we took a tour to visit the grounds and view the penguins in their little habitats, which reminded me strongly of hobbit houses. 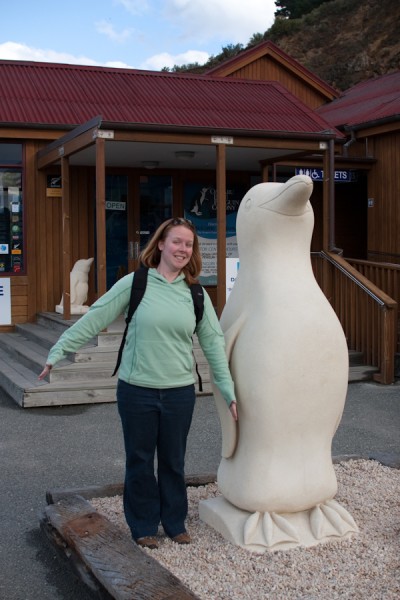 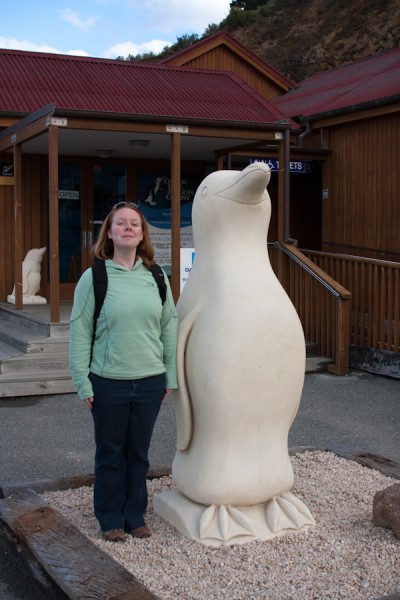 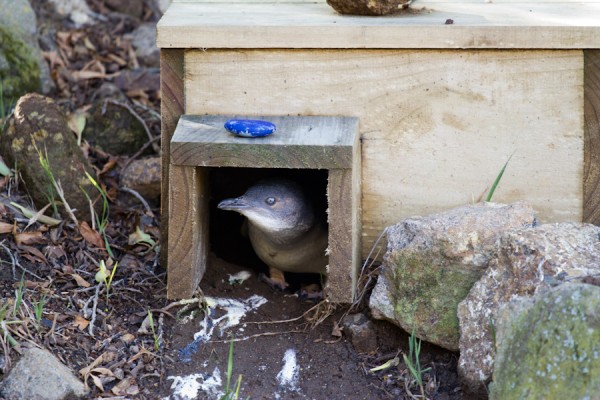 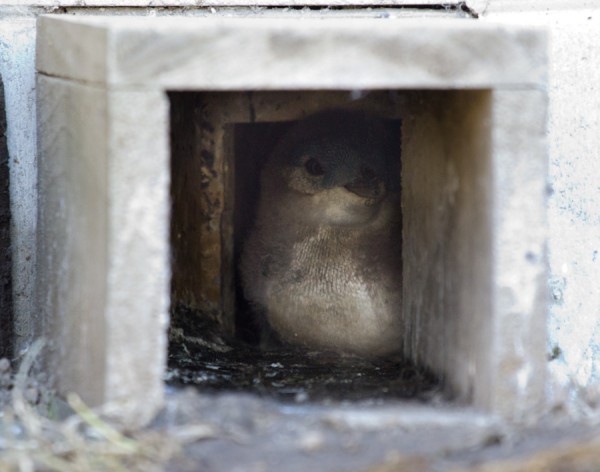 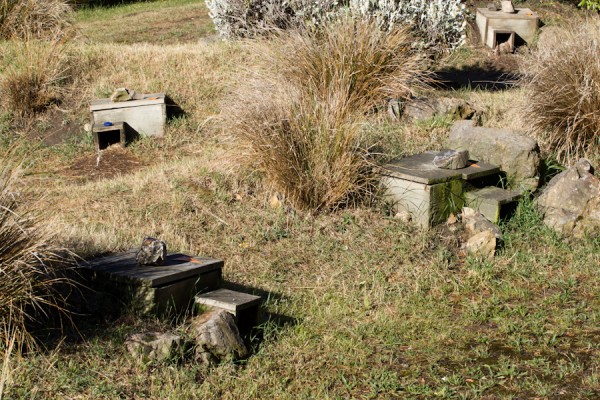 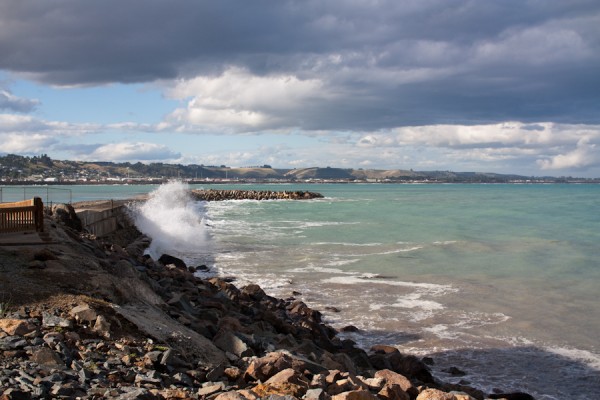 After leaving the Blue Penguin Colony, we headed to a beach where supposedly we would be able to see the rare yellow-eyed penguin, as they nest on these beaches.  We were high on a bluff overlooking the beach, but we did see some penguins!  We also saw a very lazy seal basking in the late evening light.  It was a beautiful spot, and we felt a bit like the seal, soaking up the long awaited sun’s rays. 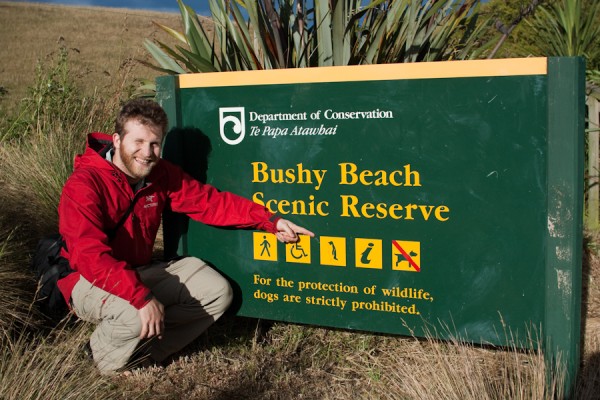 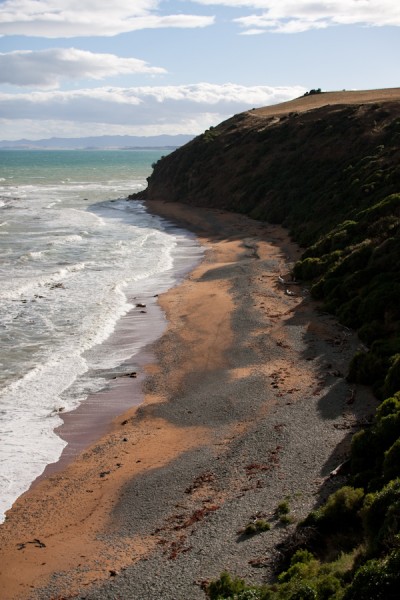 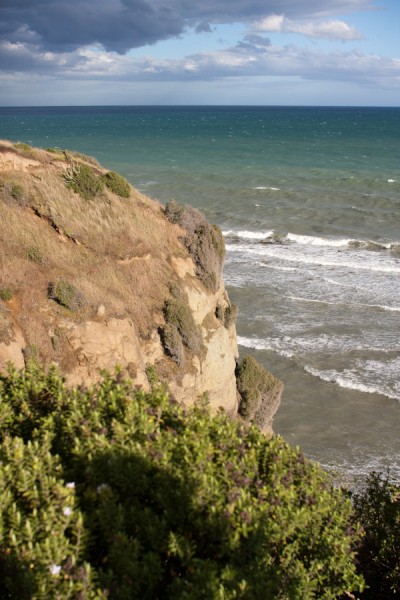 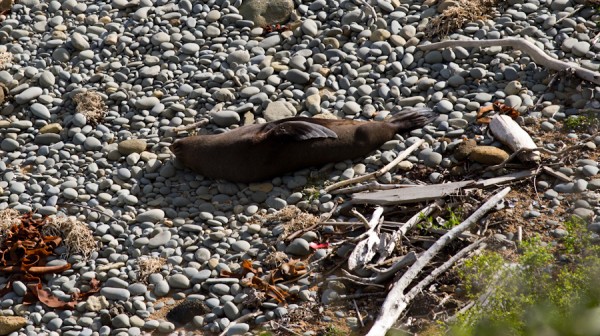 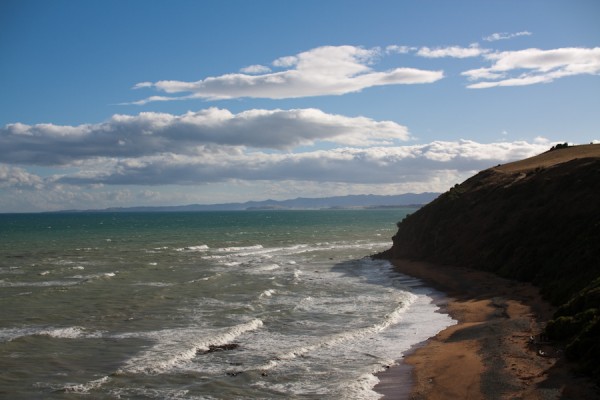 That evening, after wandering around the somewhat creepy town of Omaru, we went back to the Blue Penguin Colony for the nightly penguin viewing.  This complex has a set of grandstands where spectators can sit and watch the penguins arrive at dusk from their days spent in the water.  The little penguins come in “rafts” or large groups, crash into the shore on waves,  waddle up the ramp the group has constructed, and rush across the path to their homes.  It was hilarious to watch.  Sadly, there is no photography allowed during this time, as it distracts the penguins.  Luckily, as we were leaving the complex for the night, we spotted some groups of penguins coming up in different areas, and crossing the road!  They were super cute, and funny to watch. 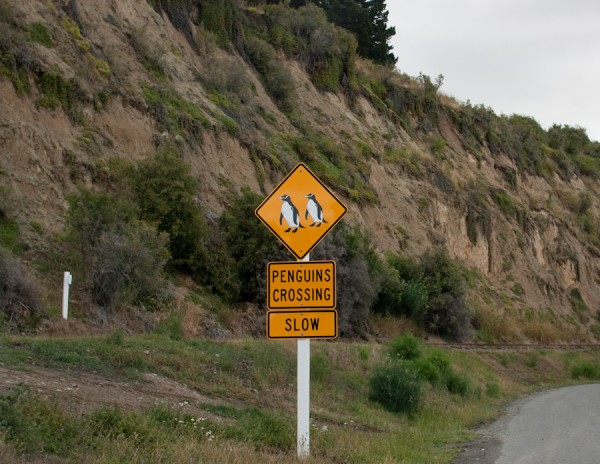 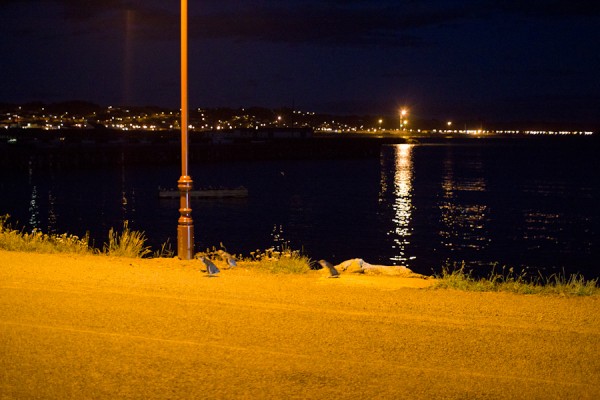 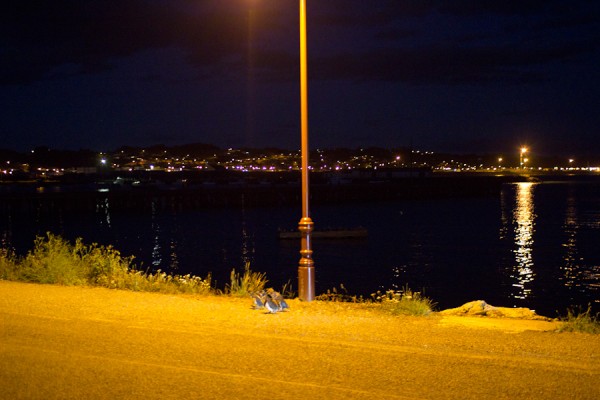 That night stayed at a super fun and funky backpackers on the cliffs overlooking the ocean.  It is one of the most beautiful views from lodging I have ever had.  Lovely.